Please note that this website does not support the Internet Explorer browser. Though the same information is available, the aesthetic experience is much less enjoyable.
Skip to content

More Than a Game

The Wes Gavett Memorial Golf Tournament is not only a friendly game of golf to honor our friend and colleague Wes Gavett, but also a fundraiser for SWANA Beaver Chapter’s Wes Gavett Memorial Fund. The Stone Creek Golf Club was Wes’ home course where he played hundreds of rounds of golf, was a long-time member of the Men’s Club, and had one of his two holes-in-one. The tournament is held as a shotgun event with groups of golfers all teeing off at the same time on different holes. A buffet dinner and awards ceremony follow. 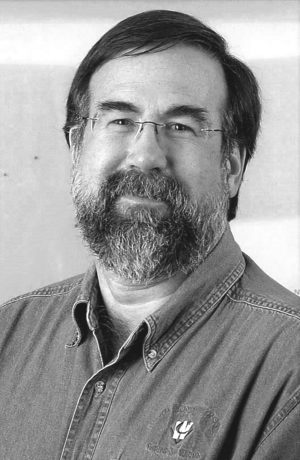 Over the course of his 35-year-long professional career as a consulting engineer (1985-2005) and Regional Engineering Manager for Waste Connections (2005-2018), Wes’ work focused on all aspects of the solid waste industry and included active participation in SWANA.

Since arriving in the Pacific Northwest in 1994 when he joined EMCON’s Portland office, and throughout his professional career since then—including his tenure at Waste Connections since 2005— Wes was instrumental in advancing the SWANA Beaver Chapter through his leadership as past president, International Board Representative, and Board Member. Wes’ leadership was essential in organizing and coordinating the Chapter’s Technical Symposium and played a key role as Symposium Director in moving the event to the McMenamins’ Edgefield facility where it continues to be a great success to this day.

Sadly, Wes passed on October 13th, 2018. He is survived by his loving wife Kerry, two sons, Josh and Eli, and sister and brother, Lynn and Wallace. The untimely passing of a dear friend, colleague, and accomplished solid waste engineer is a great loss to us all.

Donations, sponsorships, and registration fees from the golf tournament are directed towards the Wes Gavett Memorial Fund and donated to charitable organizations focused on supporting children and families in need, with input from Wes’ family.  In 2020 the SWANA Beaver Chapter donated over $17,000 to the Oregon Food Bank and The Small Steps Project, a humanitarian organization and UK-registered charity supporting children and their families living on garbage dumps through the world, with 100% of public donations spent on shoes and emergency aid. This year the Beaver Chapter will be again consult with Wes’ family and select a deserving nonprofit organization.

The World Central Kitchen (WCK) is a not-for-profit non-governmental organization devoted
to providing meals in the wake of natural disasters and humanitarian and community crises. Founded in 2010 by celebrity chef José Andrés, the organization prepared food in Haiti following its devastating earthquake. Its method of operations is to be a first responder and then to collaborate and galvanize solutions with local chefs to solve the problem of hunger, immediately following a disaster. The $14,000 donation given to WCK will be used to feed refugee families fleeing to nearby countries to escape the war and devastation brought on by the Russian invasion of Ukraine.

The 3rd Annual Tournament: presented by Waste Connections and hosted by Beaver Chapter

This year’s tournament took place on Thursday, September 1st, 2022 at Stone Creek Golf Club in Oregon City, OR. The tournament was once again held as a shotgun event with groups of golfers all teeing off at the same time on different holes. A buffet dinner and awards ceremony followed. 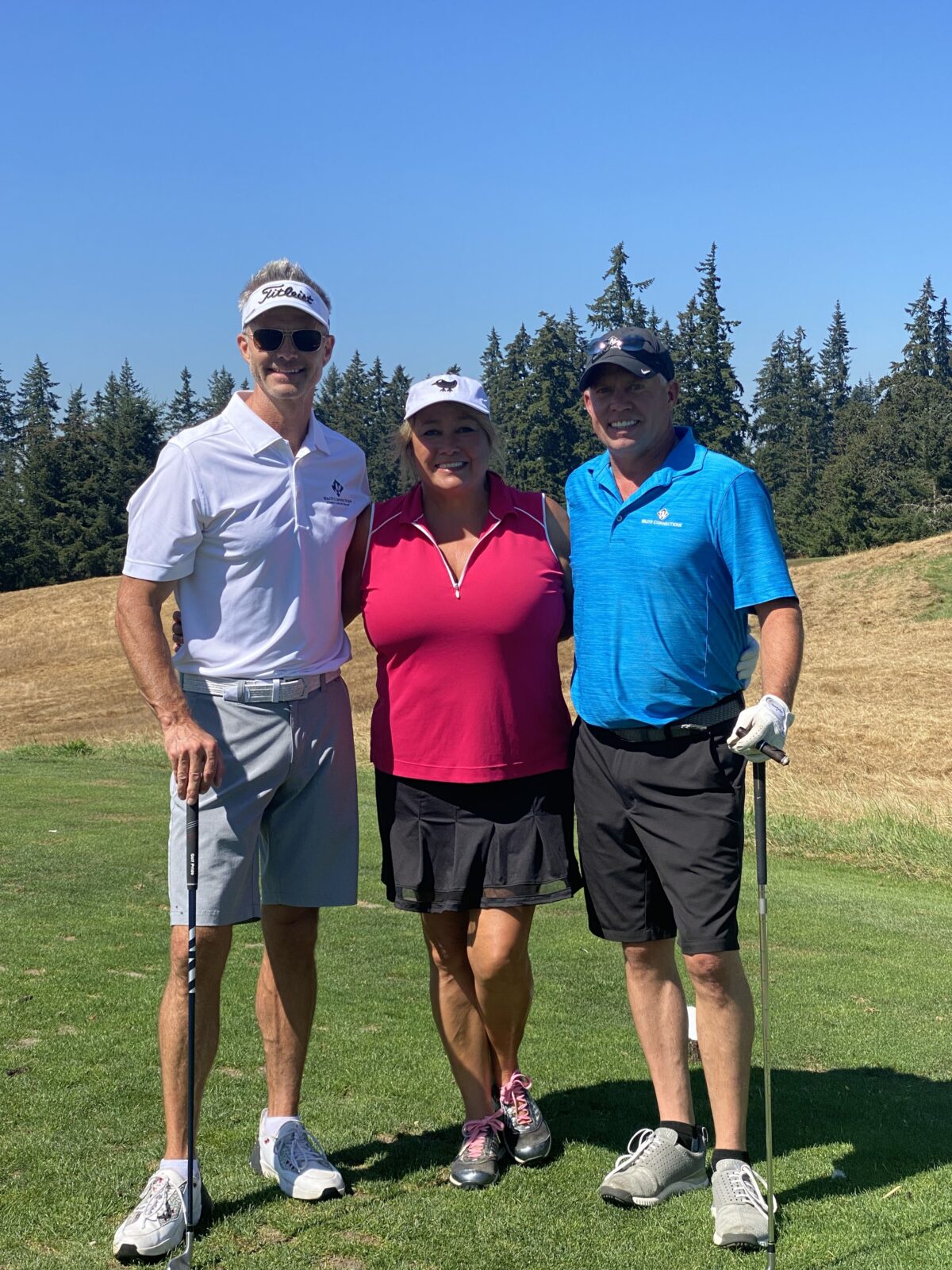 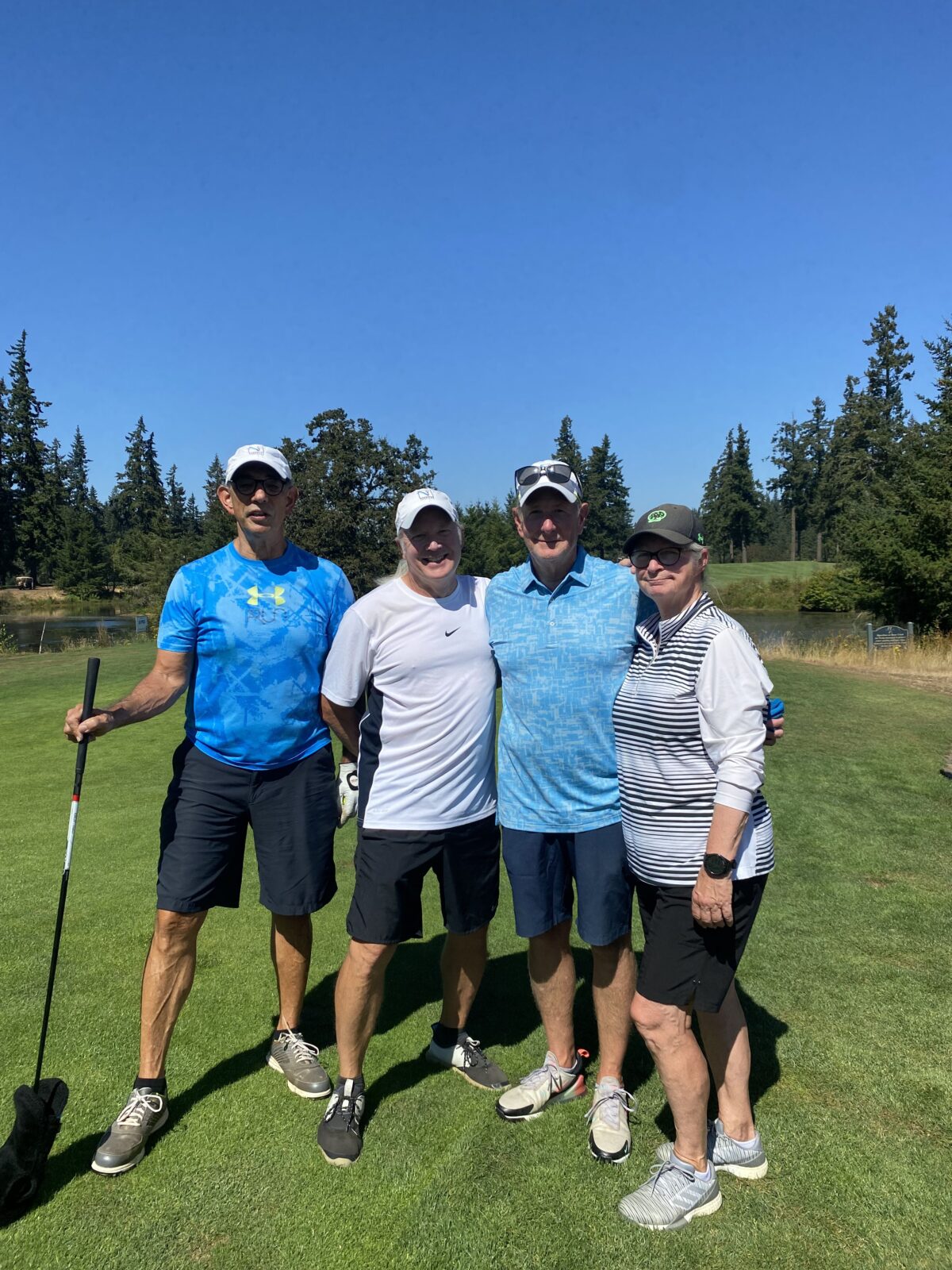 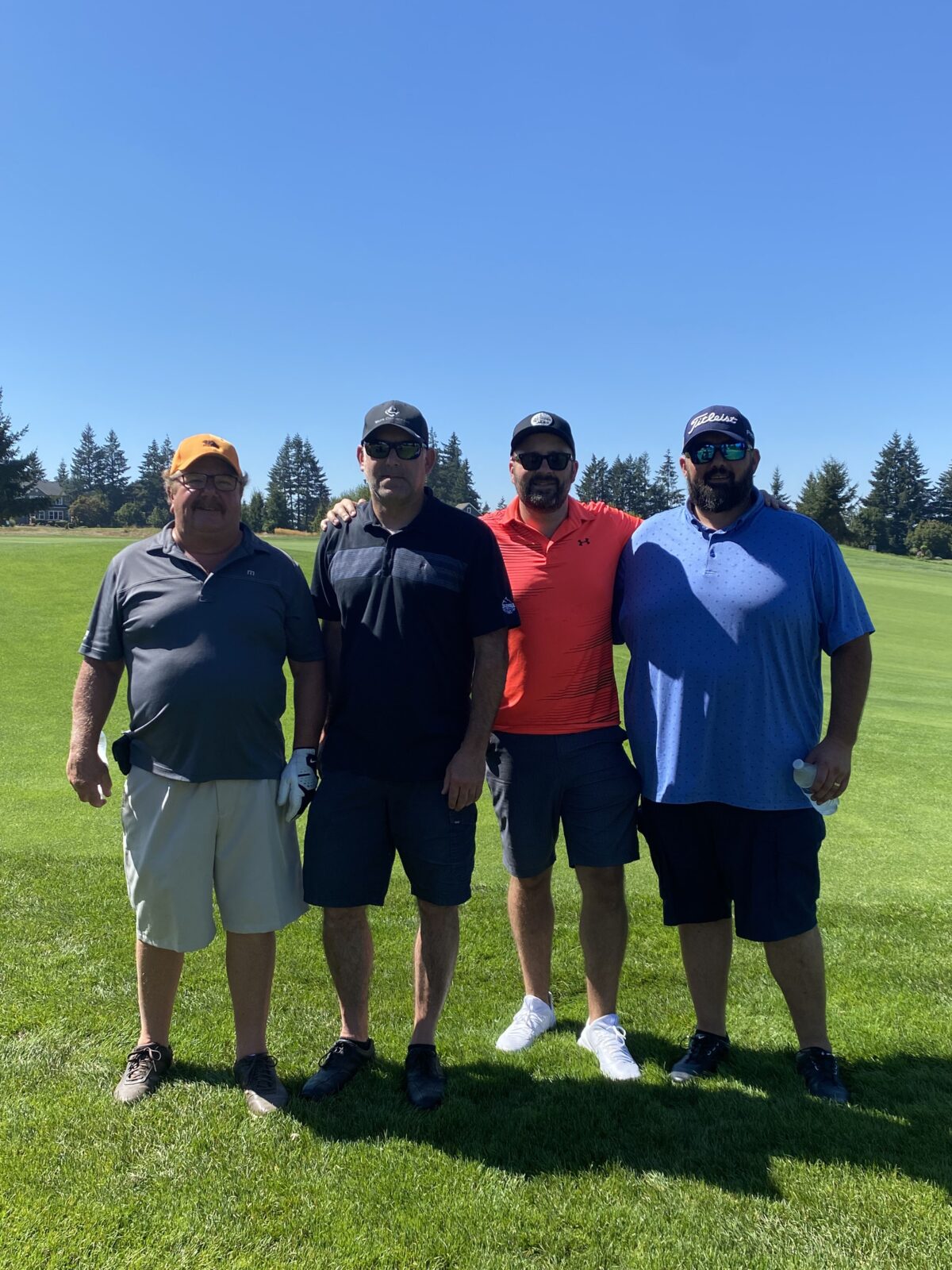 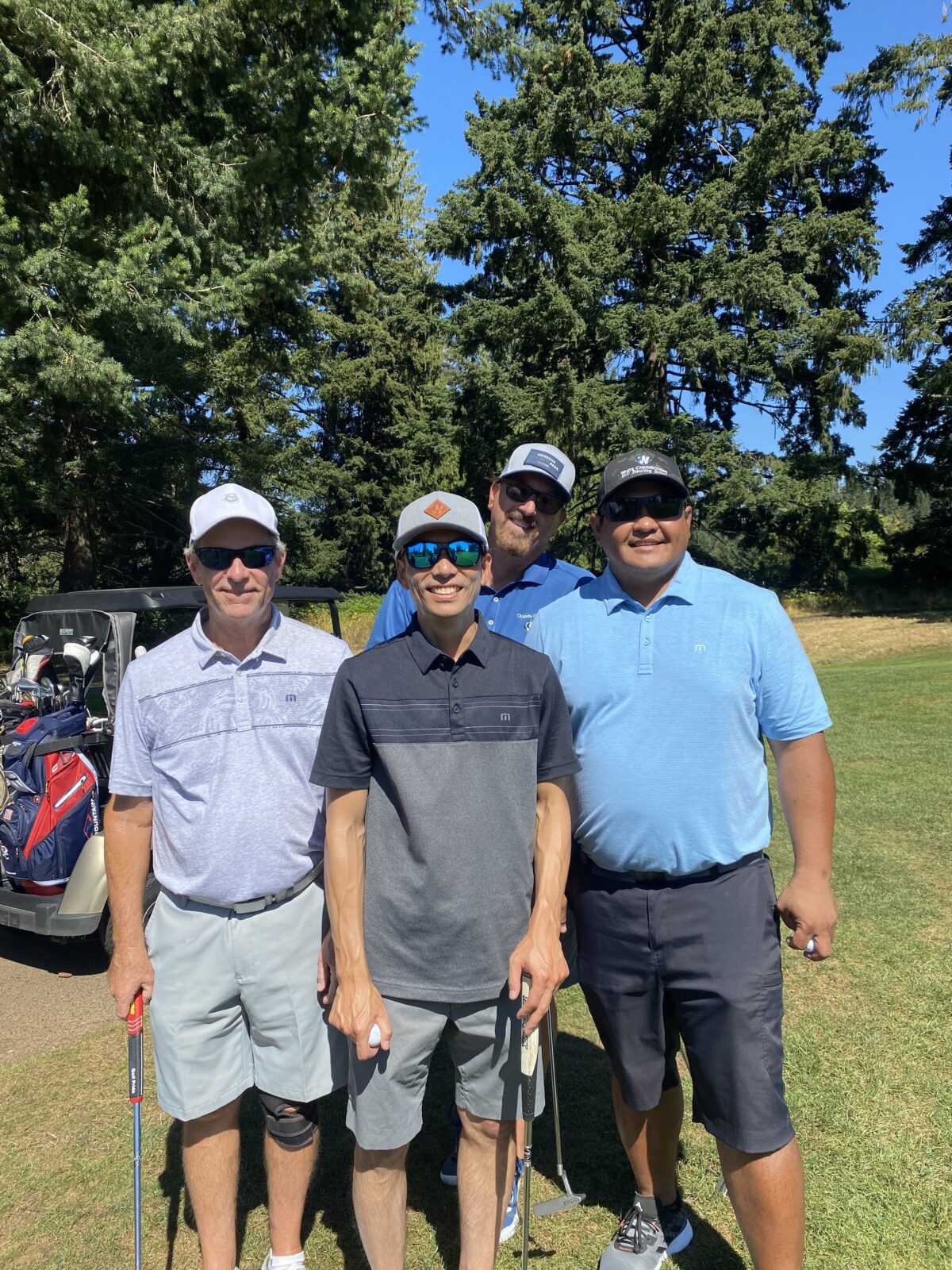 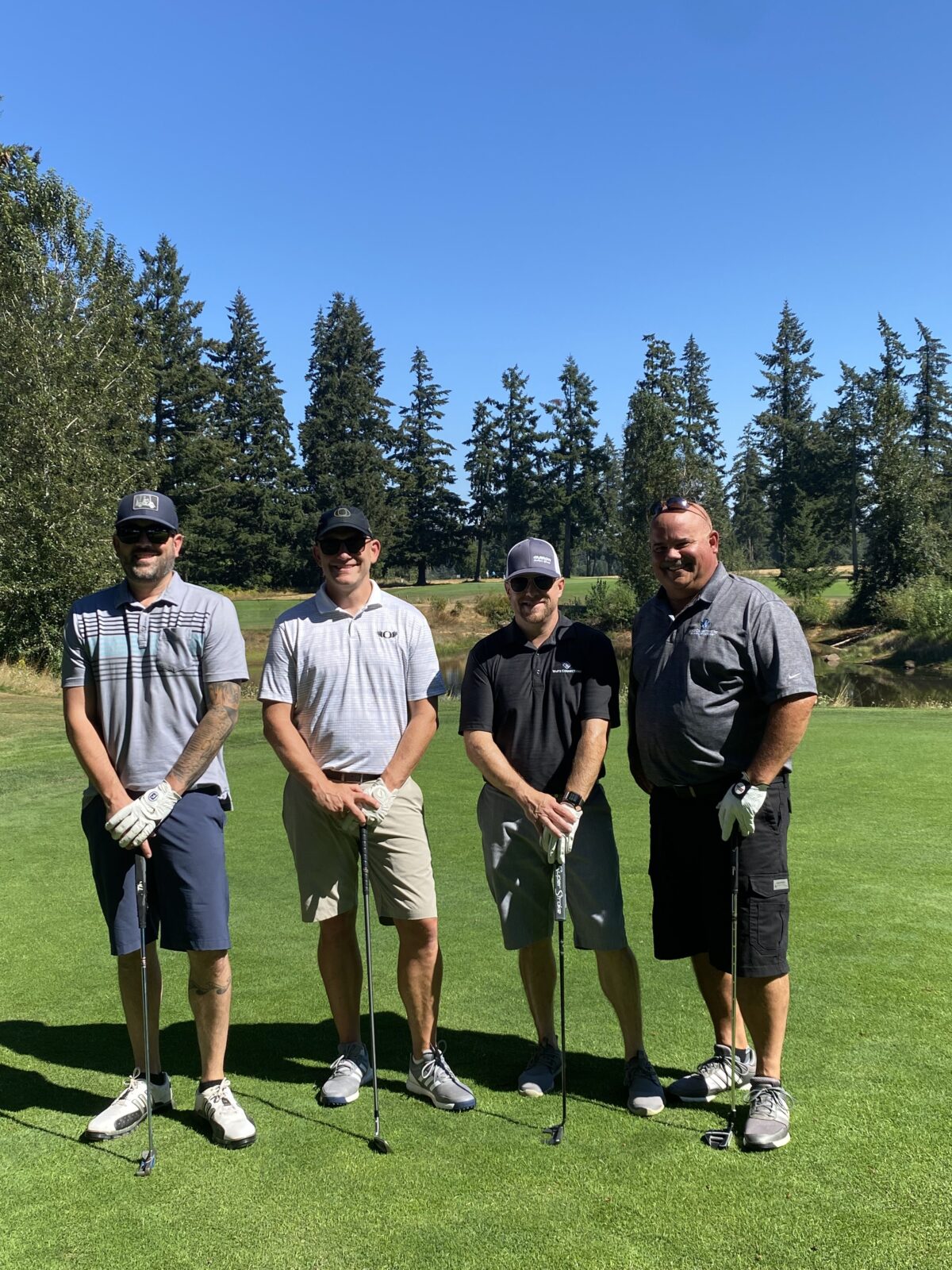 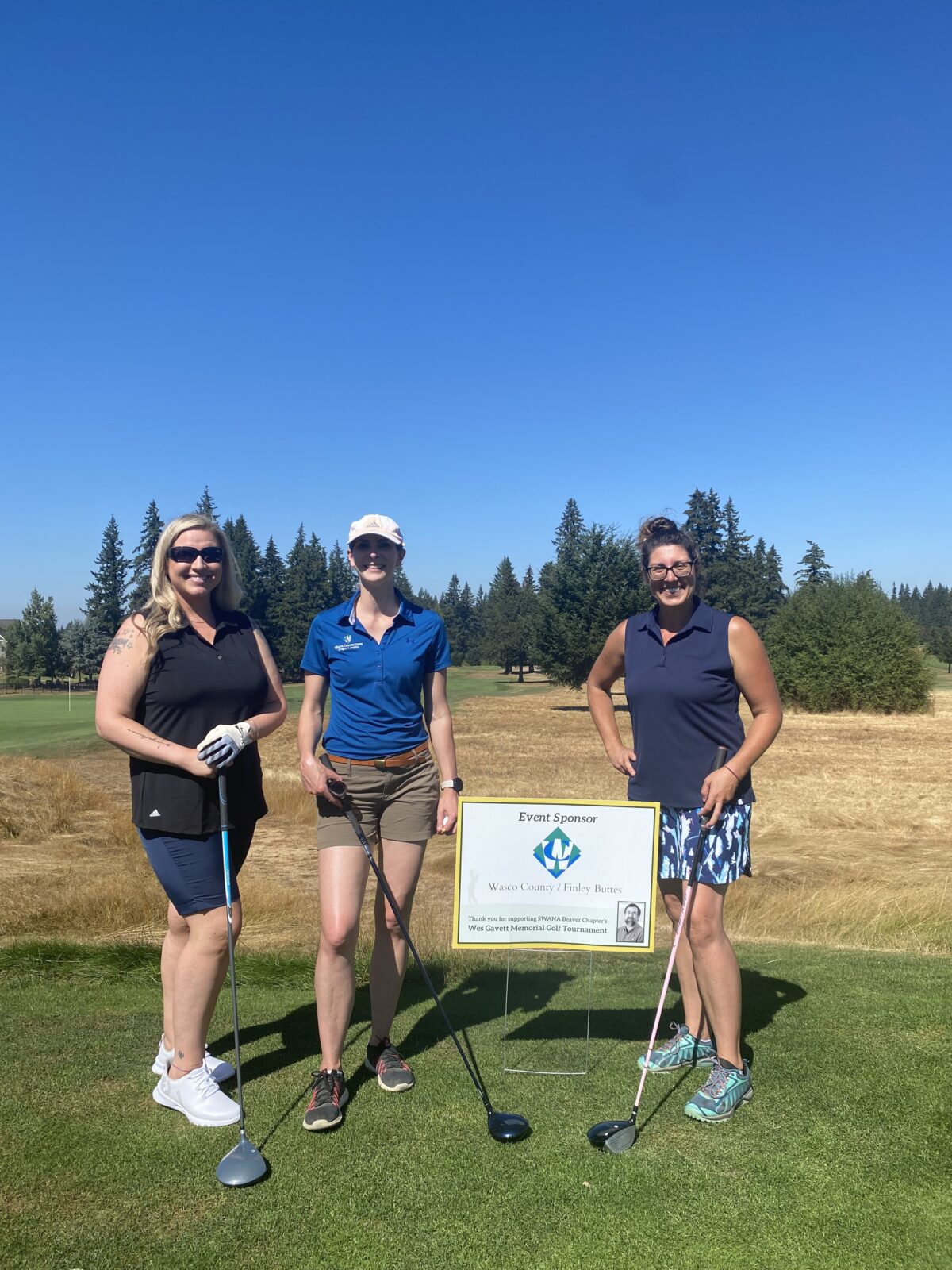 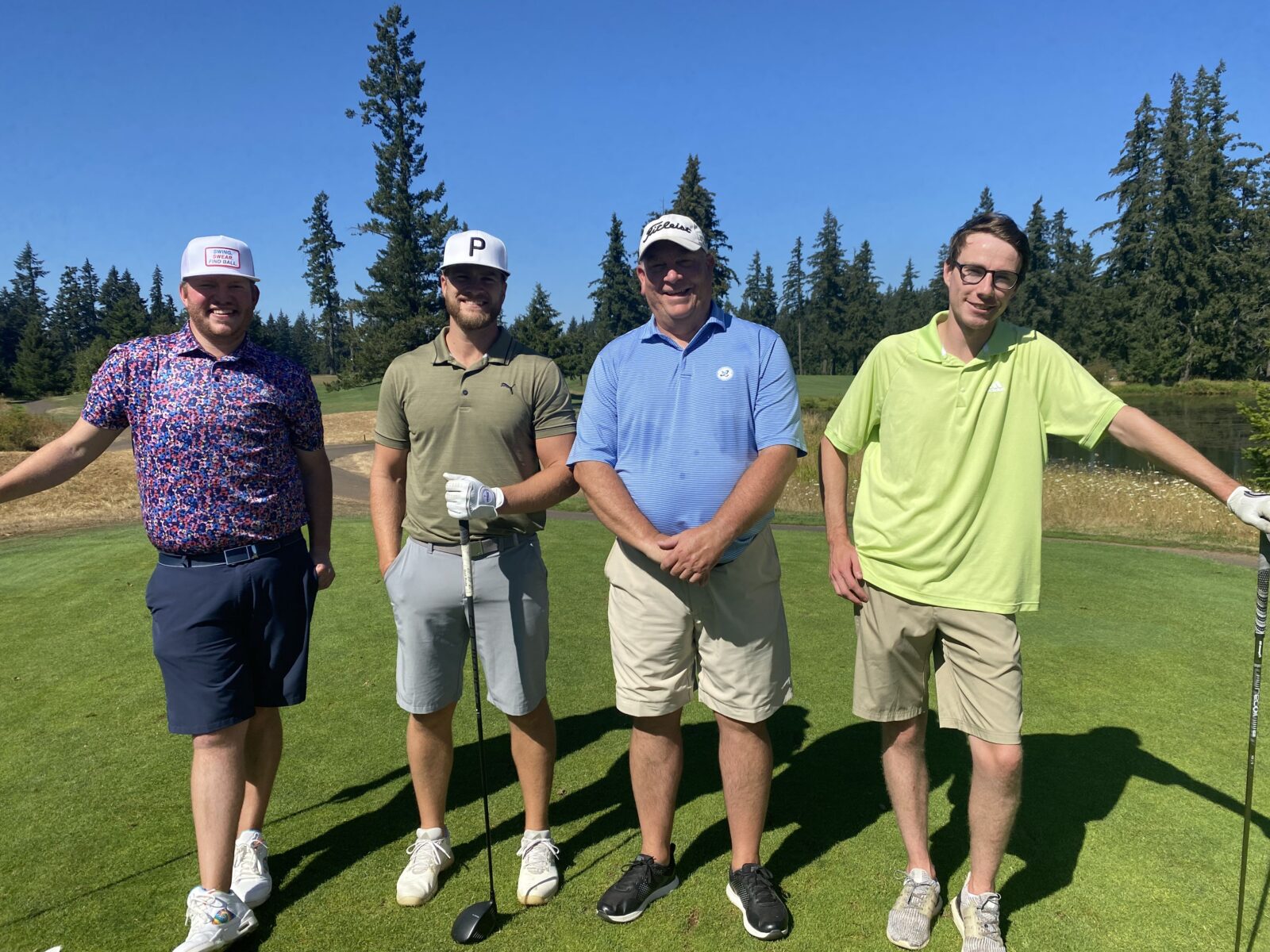 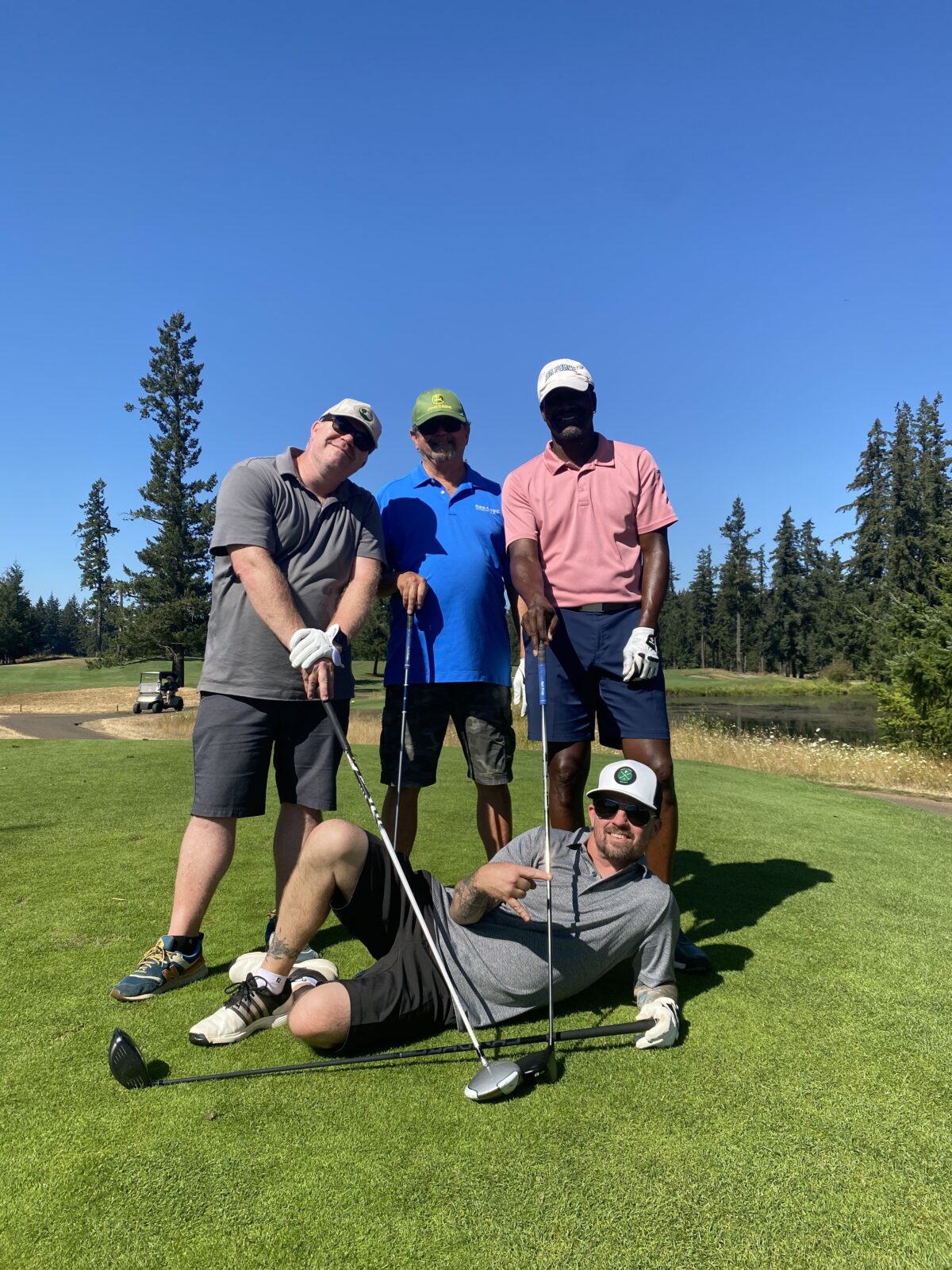 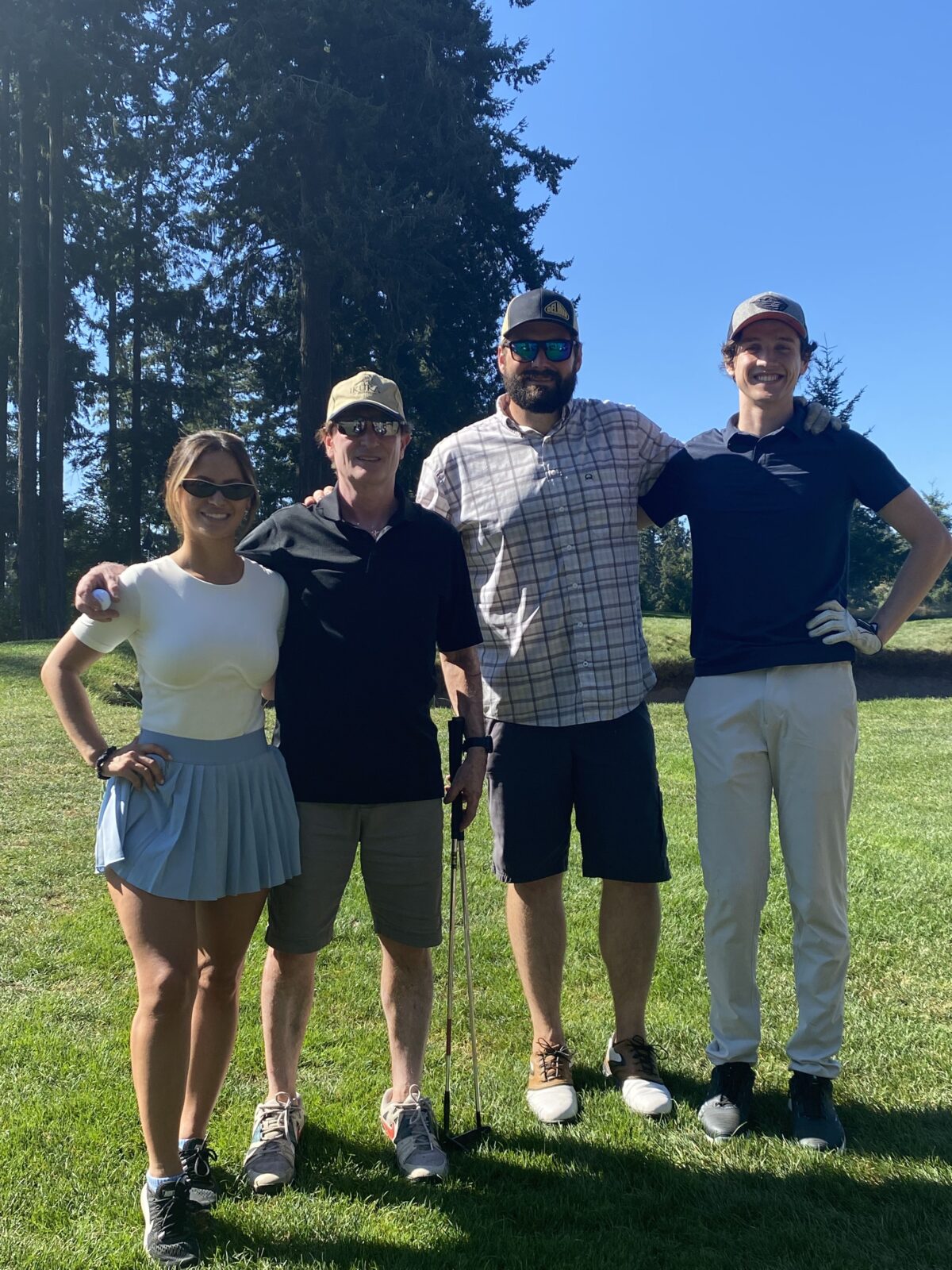 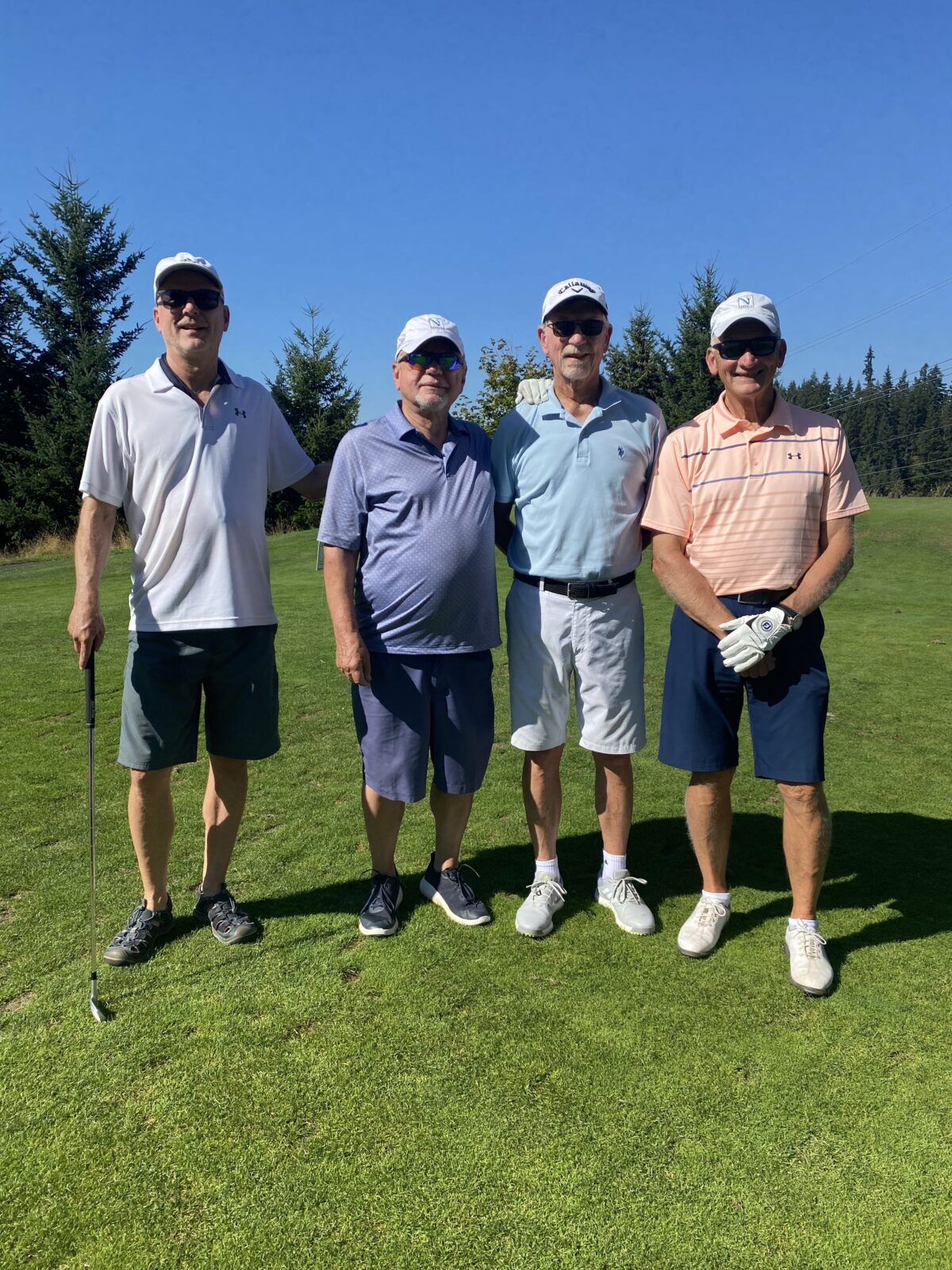 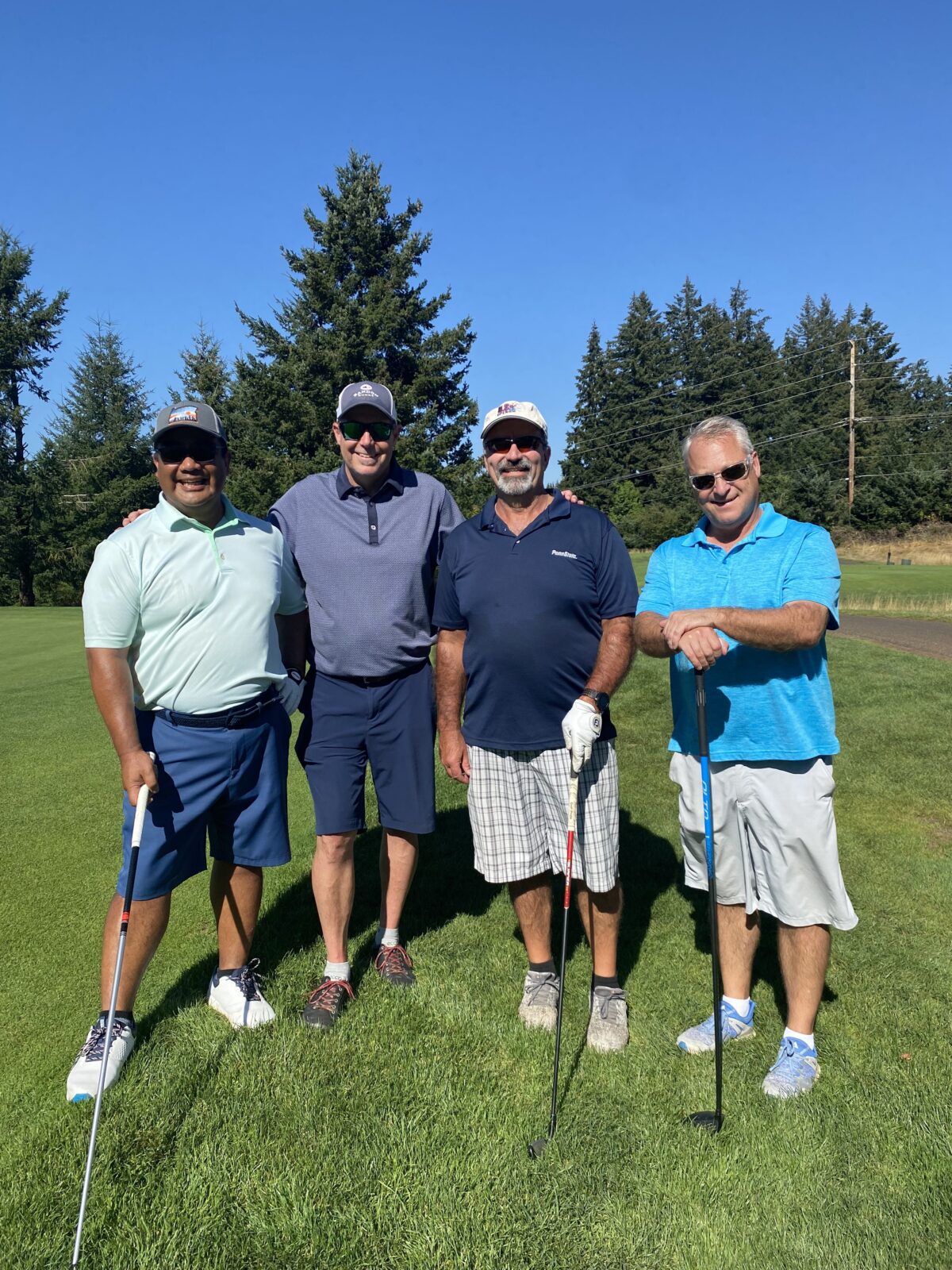 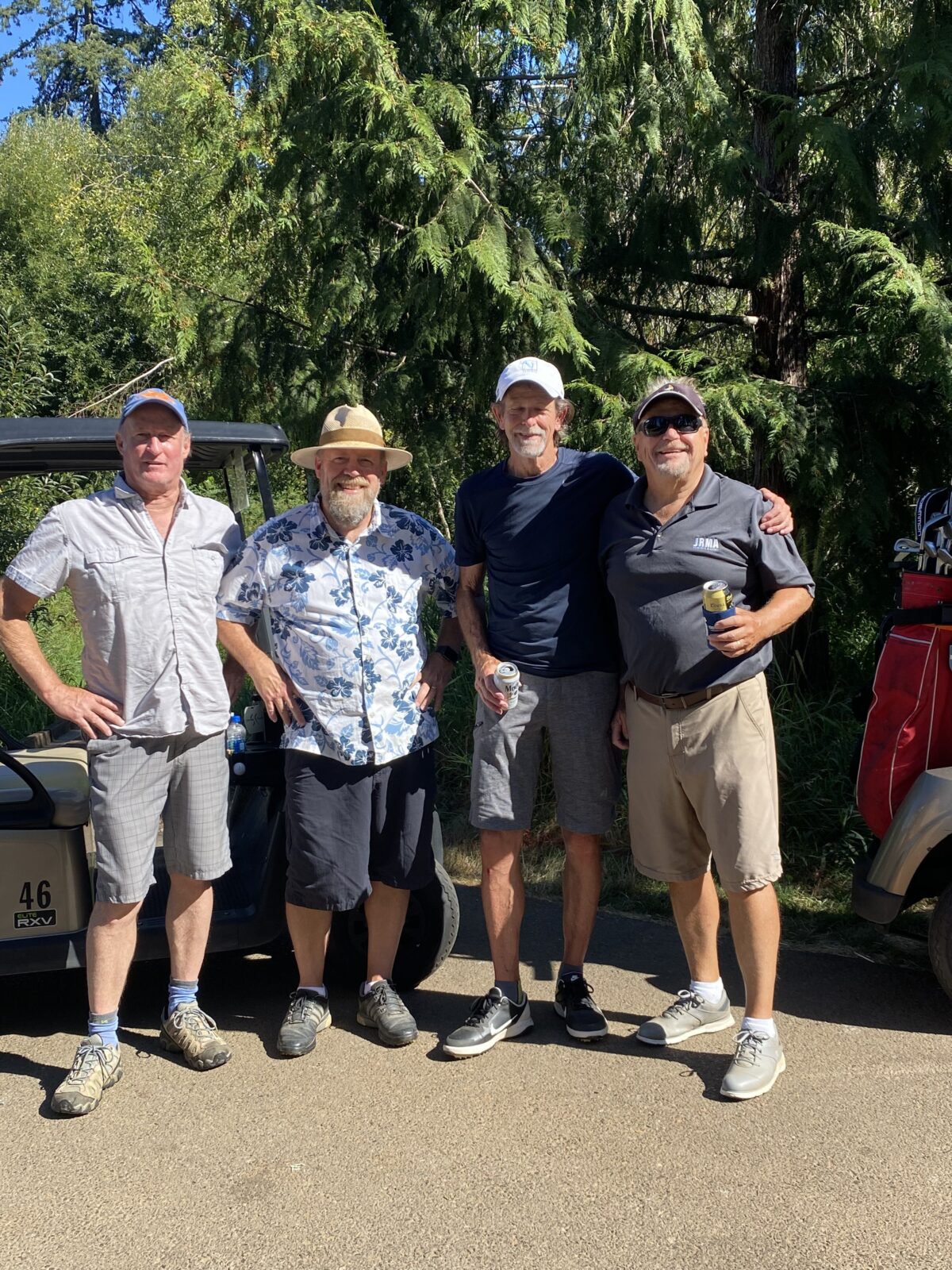 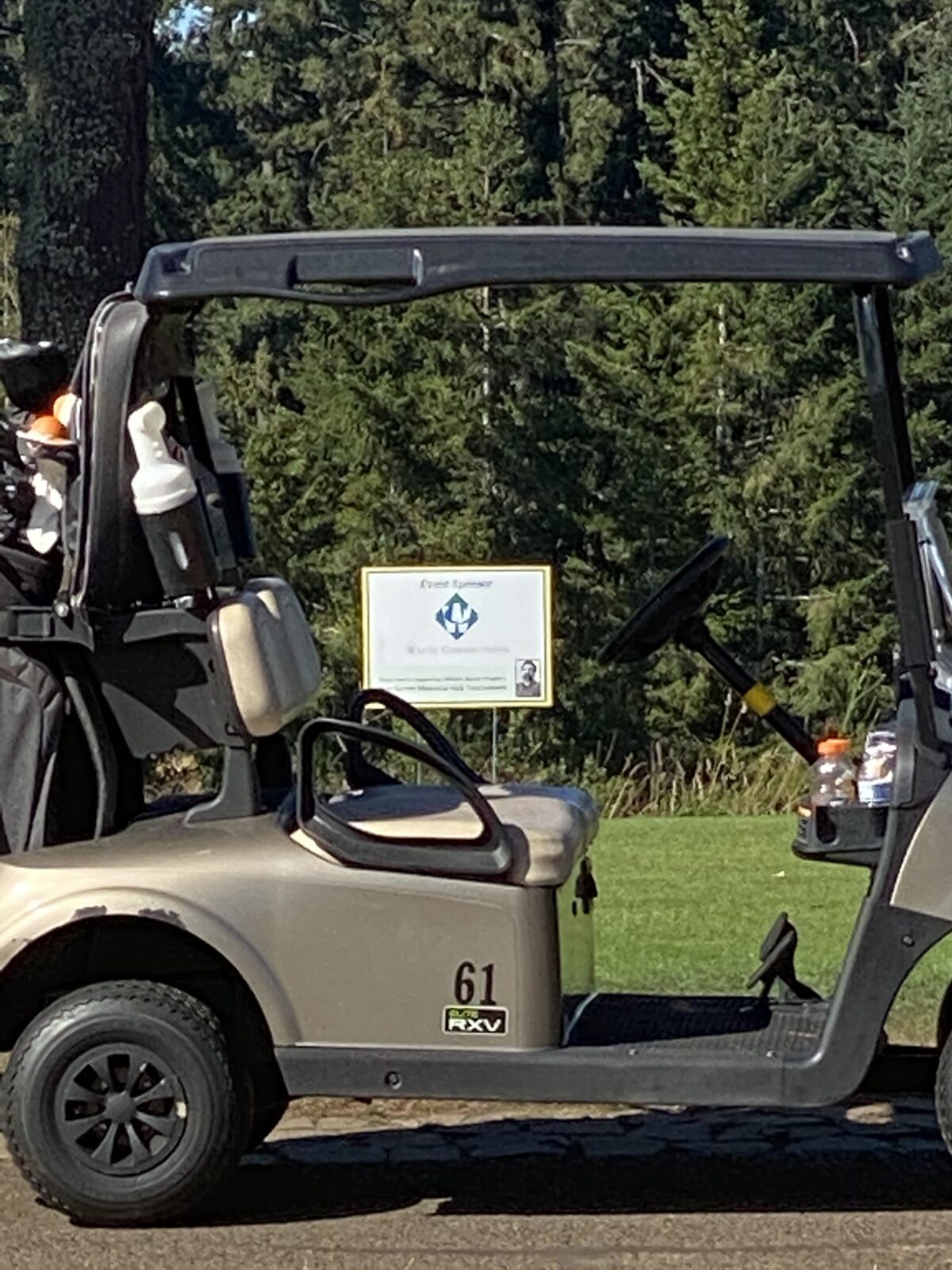 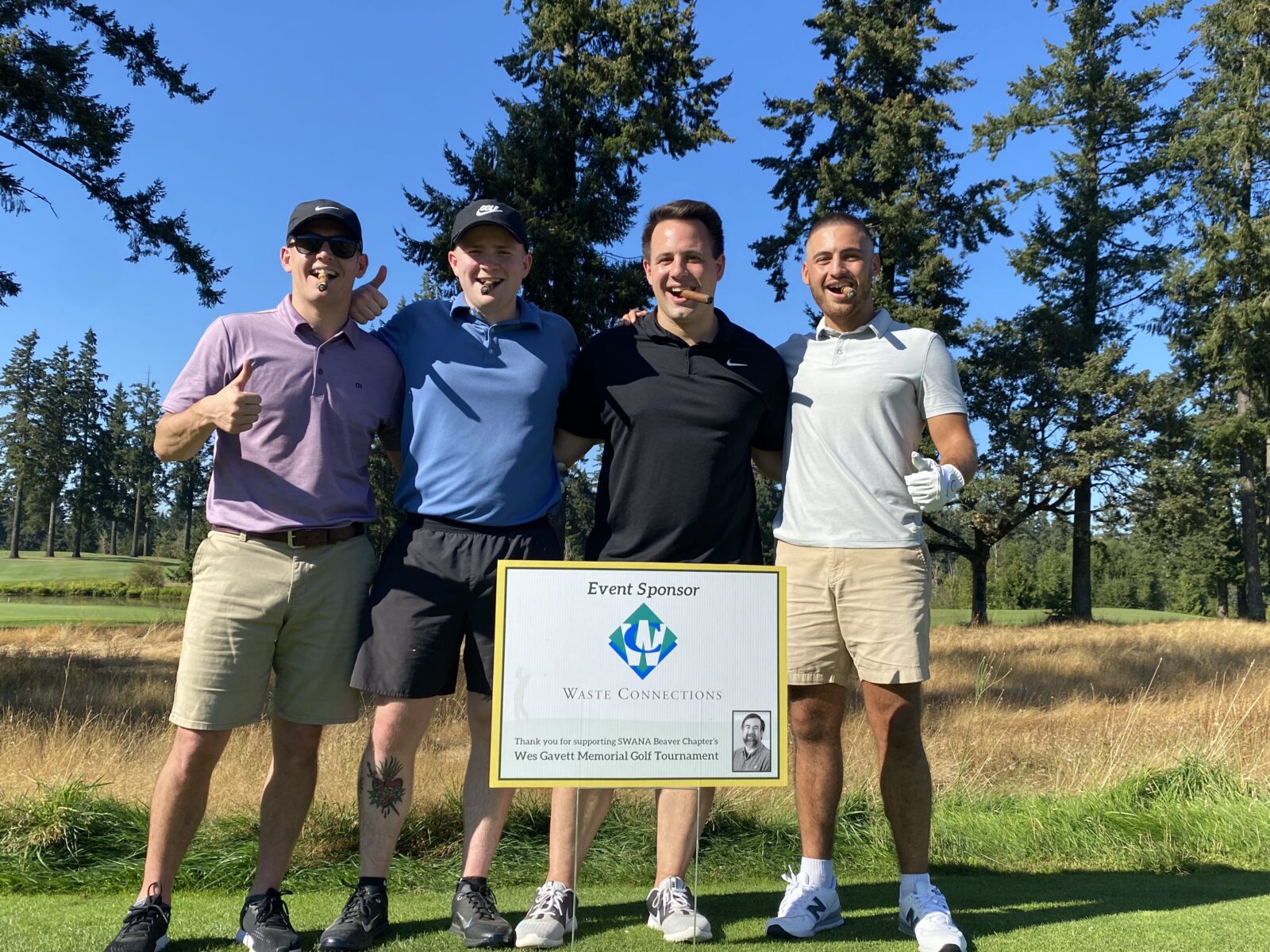 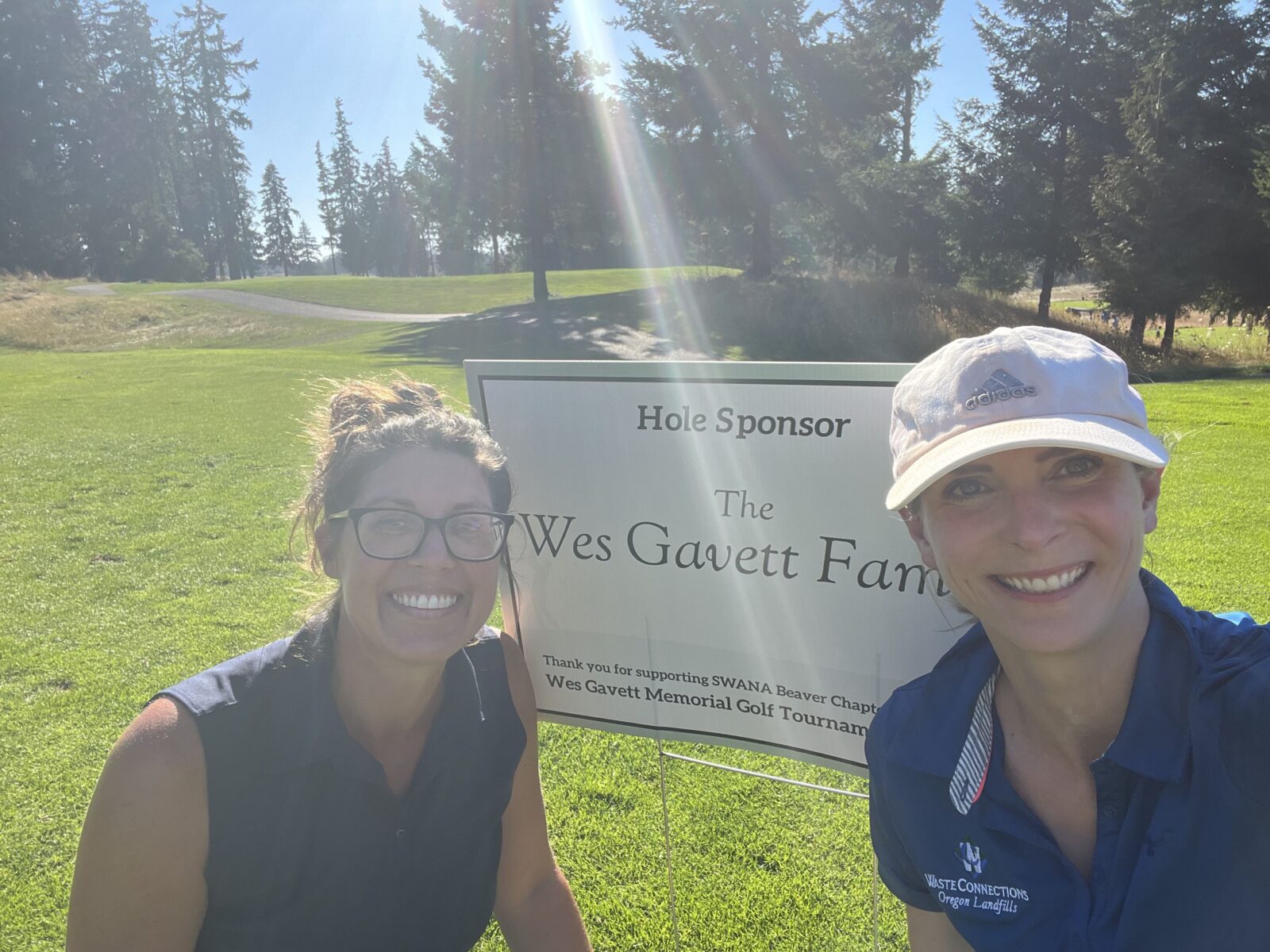